In Prague supreme audit institutions from different countries hacked public institutions. Projects have been created to improve cooperation between auditors across Europe.


From 3 to 6 March 2020, the first Hackathon of supreme audit institutions (SAIs) took place at the headquarters of the Supreme Audit Office of the Czech Republic. 68 programmers, data analysts and auditors from 21 mainly European countries gathered in Prague. For two days, they worked intensively on projects that could facilitate auditors’ work or promote sharing of information among auditors from different countries. They used data of audit institutions as well as open data from other public institutions or statistical data from individual countries. In total, 11 applications and visualisations were created. The expert jury selected the following three winning projects.

The Supreme Audit Office (SAO) organised the historically first hackathon of SAIs in order to support the international cooperation of SAIs. Since June this year the SAO will chair EUROSAI for three years, which is an organization bringing together 50 SAIs from Europe and the surrounding countries.

“We organised the Hackathon in order to give a new impetus to the cooperation among SAIs and to show that these institutions must also be able to make the most of available data. I was very happy to see what interesting and inspiring projects were created, "said President of the SAO Miloslav Kala.

Participants in the Hackathon had two days to develop their projects. They worked with data of audit institutions, open data from other public institutions as well as statistical data from individual countries. In total, 11 applications and visualisations were created.

Winning applications were chosen by a jury composed of experts from the College of Economics, the Ministry of the Interior, the Czech Statistical Office, the private sphere and the most famous Czech data journalist.

The first place was awarded to a visualisation called "WE12" of a team made up of representatives of France, Estonia and Croatia. This visualisation facilitates work with data collected in the EUROSAI Database of Audits. This database, managed by the SAO, is being filled with results of audits carried out by European SAIs. The winning visualisation enables to see these data more in an analytical manner and obtain an effective overview of these data. At the same time, it permits to see which countries have the most or the least audits in a given area, together with a reference to their results. Finally, it aims to encourage supreme audit institutions to participate in the Database of Audits as well as to add their audit results. 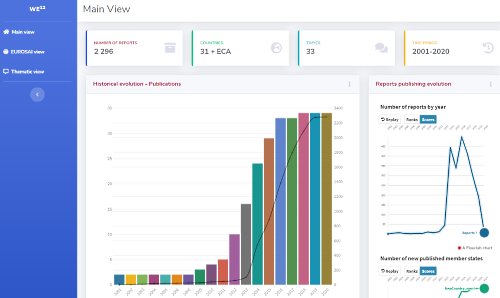 The application called "ROD4SAI" finished second. It was designed by the Swedish-German team. This application was created on the basis of open data of the Swedish Parliament and other metadata. Hence, it enables to compare and search for individual appearances in the Parliament, e.g. by topics. An extended database becomes a part of a page which contains an overview of reports and references as well as other information about the Supreme Audit Institution of Sweden mentioned in Parliament speeches. 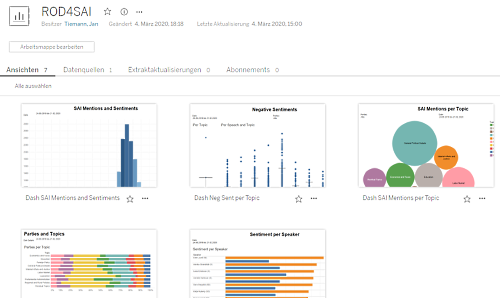 The results from the Hackathon will be presented at the XI EUROSAI Congress in Prague in June.

You can find more information about the Hackathon here: https://hackathon.eurosai2021.cz/.